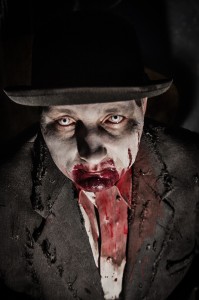 Sickness is what hides behind the door of the Town Hall of Lafayette. A sickness that darkens and corrupts even the those with the best of intents. Take Mayor Henry Joseph as an example. He entered the Town Hall a good and righteous man whose sole intention was to leave the community a better place for his family. But this was not to happen. Once Mayor Joseph took office he himself started to change. His intention darkened to greed and he became power hungry.

Mayor Joseph ran the town with a firm hand that often found itself bloody. When someone was brought to the Town Hall on charges Mayor Joseph often acted as judge, jury, and executioner. It was said that even being accused of crime in Lafayette was as good as a death sentence for many who passed through the front doors never came out. The accused stood trial the very day there were arrested and sentencing was carried out moments after the verdict was announced. One witness recalls Mayor Joseph sentencing a man to hanging. The Mayor drug the man to his cell, tossed a rope over the rafter and strung the man up. Reportedly, Mayor Joseph hummed an eerie tune while he puffed on his pipe as he watched the man hang, body still twitching.

Mayor Joseph evil supposedly went much deeper than that of punishing the accused. Several bodies were unearthed in the basement of the Town Hall. Some of the limbs were missing and many of the remains were missing teeth and ribs. Most bodies showed signs of abuse, but due to decay and age of the remains it is not possible to specify exactly what types of torture the remains endured. Nearby residents have reported often they heard screaming long into the night.

The residents speculated that the Mayor was involved in something “dark” and many thought that Mayor Joseph may be mentally unstable. The untimely death of Mayor Joseph supports the theory that he was unstable, although the details of his death leave more questions than answers. The official story of the Mayor’s death was that he committed suicide by jumping from the clock-tower that stands high above the Town Hall. The questions that linger are if he jumped voluntarily. Mayor Joseph was found early one morning laying face down on the on High St in a pool of blood. Upon autopsy of the body it noted that many of the bones in his body were broken including the cervical region, but as if by hanging and not crushing. Also it was noted that there were long gashes in sets of four along is torso, back, arms, and legs, but only appearing in a set of fours and deep enough to etch his bones. 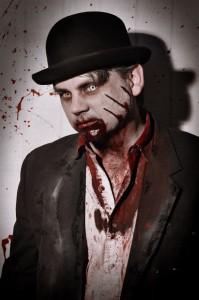 Mayor Joseph’s presence is still felt in the Town Hall today. Ghost hunters delight in the invite to investigate the happenings at the Town Hall as it always produces intrigue. Nearby residents willingly admit that the Town Hall “creeps them out” and “just feels off” and often avoid the building at all costs. The Town Hall has been home to many public offices including a fire station, school, theater, and library. All endeavors always found a reason to quickly vacate the premise. Now all that remains is what cannot leave…the lingering feeling of evil and an unshakable sensation that you are not alone when you are there.